​​On August 10th, 2016, Linens N Love donated several boxes of household goods, kitchen ware, and most importantly: LINENS!!!! These went to the beautiful Desert Sanctuary INC. located at 703 E. Main Street and were generously donated by the Quality Inn of Barstow.

The Quality Inn believes in giving back to the community. There are many families in need in the Mojave Desert and the Desert Sanctuary INC serves them through their Haley House.

​"In 1966, Kathe and John McKenna rented a basement apartment in Boston’s South End and began taking in the men they found sleeping on the street. They offered a cot and a simple meal—no strings attached—which was first met with skepticism and disbelief among the destitute and freezing men who called Tremont Street their home. At once simple and radical, this act of personal hospitality set the tone for Haley House ever since.

Soon Haley House expanded into a full-service Soup Kitchen, run by a growing community of like-minded people, who offered their time and presence in exchange for room and board. Like those who followed, the original community was moved to action by the social, racial, and economic injustice they witnessed, and they found inspiration from radical activists of the day such as Dorothy Day, Peter Maurin, and Mahatma Gandhi. This model of people living together, feeding and befriending those living on the fringes of society as an integrated community, persists. The Live-In Community, a group of volunteers who have committed to living and working at Haley House for an extended period of time, continues to manage the majority of our direct services while living upstairs from the Soup Kitchen, as folks have since 1966."

​Linens N Love is pleased to make an impact in this beautiful community! 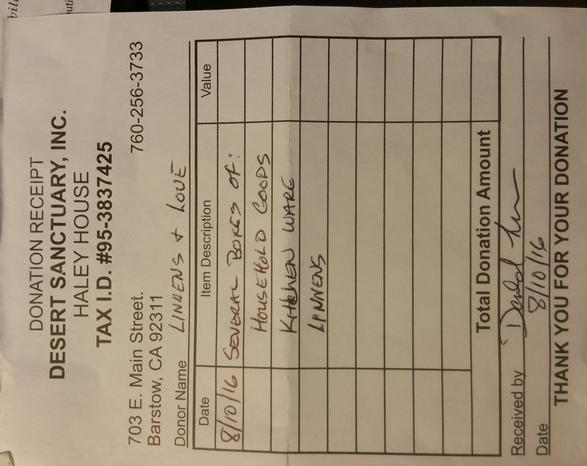